Merica. We love you.

An 84 ft lock that felt like prison. Rather creepy. In front of us is sailing vessel “Truant” Aboard are Mark and Jo from Georgian Bay, Canada. We have been cruising with Truant and another sailboat “Whish” since we left Pickwick Lake. They keep us very entertained with a daily “captain’s meeting” AKA happy hour. We are so lucky to be traveling with these 4, they are a wealth of good knowledge and keep us laughing.

One lovely morning, we could not get our anchor up. This was an issue we had not yet encountered. Using both of our strengths, time and time again we could not get it to budge. Eventually, once the line was tight and vertical from the bow down to the anchor, we cleated off the line and floored it in forward. We hear a loud snap. Louise moves. We both pull on the anchor line once again. We had caught an entire tree. 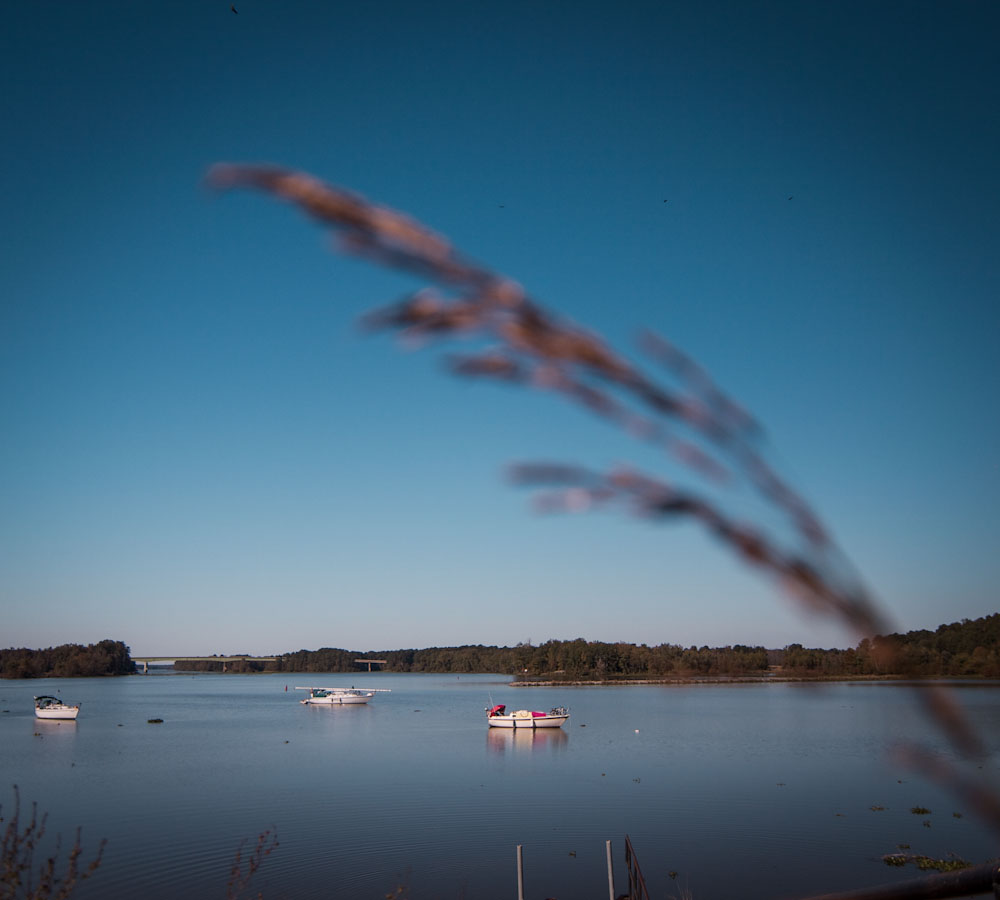 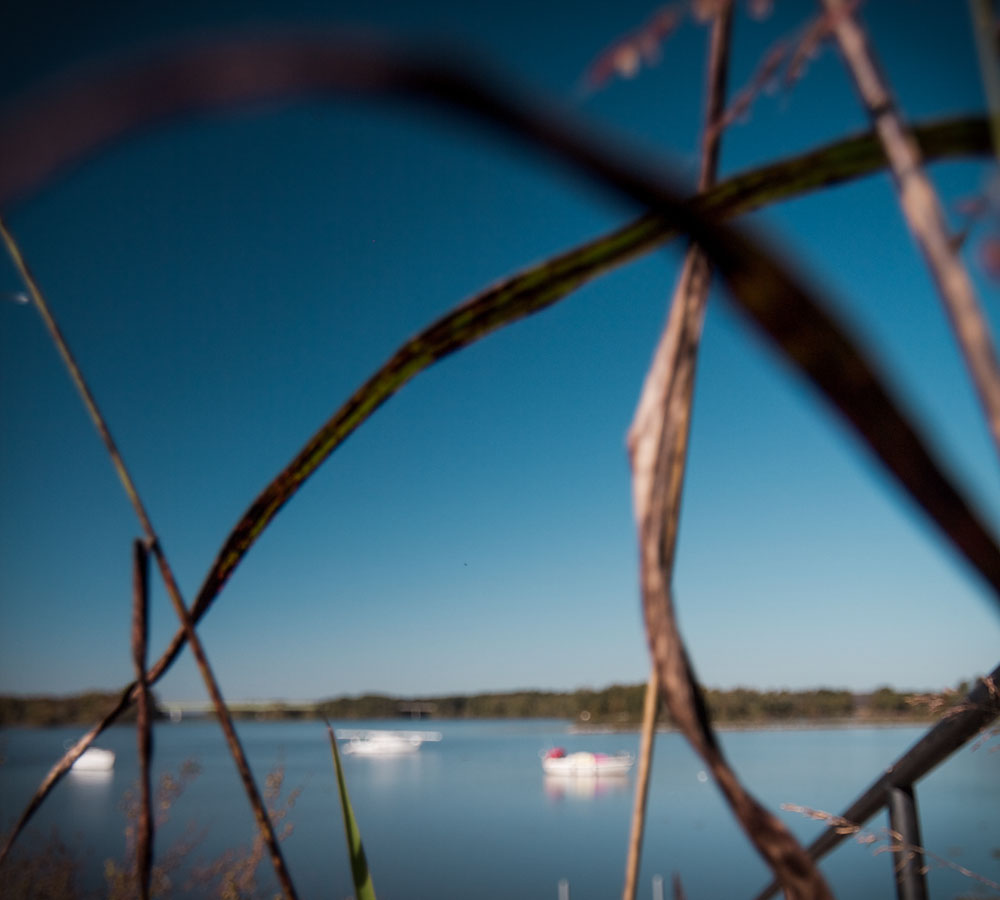 Louise, Whish, & Truant anchored right outside of an old snag-boat museum on the Tombigbee river. Of course the museum was closed, so we took a 4 mile walk to the closest town of Pickensville, AL where 1 diner was open and served a delicious, cheap lunch. On the way home we found a ton of pecan trees! Pecans are expensive! So we gathered as many as we could and later made pecan candy and cookies. 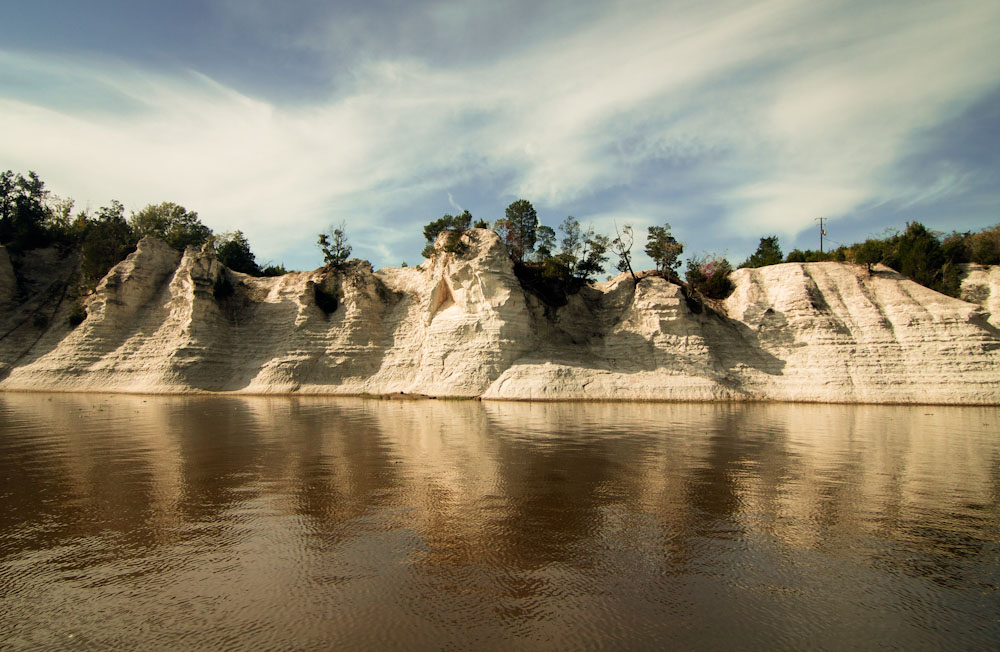 Not going to lie… Alabama has not been our favorite portion of river life. But the other day we rounded a corner and were surrounded by towering white rock. It came out of nowhere in the middle of the swampy river, and was an impressive change of scenery. 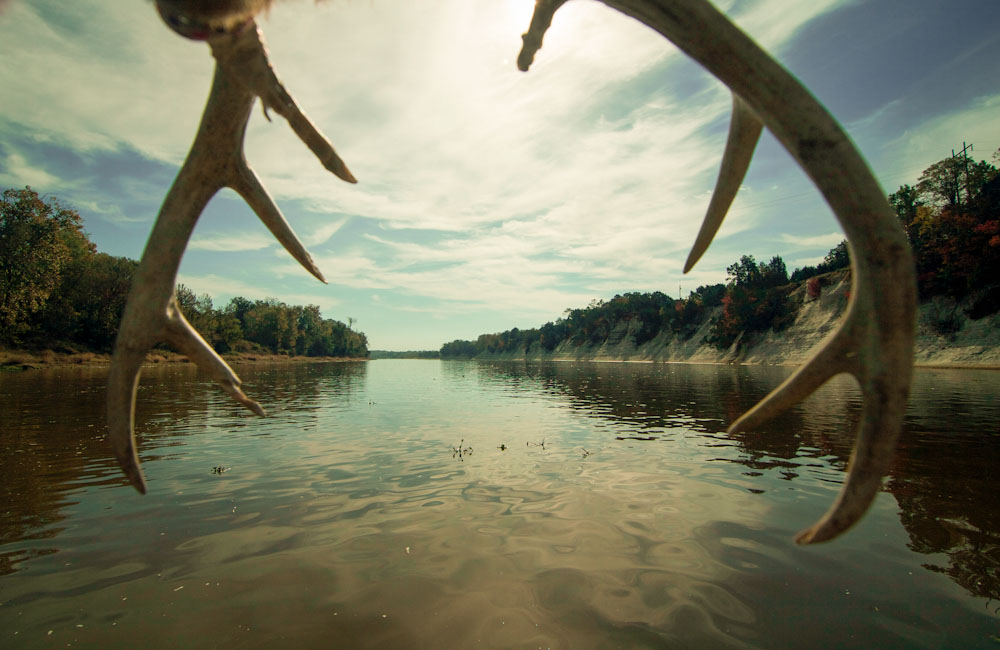 I went for a walk with Reggie the other day. Along the way I discovered an 8 point rack laying on the ground of some abandoned property, that looked like the murder scene from a horror movie. I snagged the rack, and got the hell out of there. We now have a classy edition to our bow pulpit.

The barge traffic on the Tombigbee River has been significantly less than the rest of the rivers. It keeps you on your toes when you see them come around the river bend. This one told us over the VHF “See you on the two whistle” Which means you pass him on  your starboard side. Katie and I both looked at each other laughing because we both blanked on what the “two whistle” meant because it had been so long that we had to communicate with barges.

One thought on “Roll Tide”