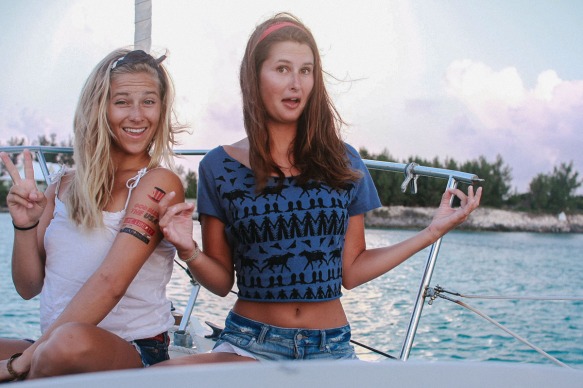 Who is the captain?

Do you have captain’s licenses ?

Did you grow up sailing?

We both grew up with our fathers directing us around sailboats, “trim that line” or “get out of the way” or “watch your head”…. never had we ever had to make any decisions as captains before. Not going to lie, we left knowing very little. We had never anchored, sailed in strong winds, been through a lock, talked to barges on rivers, dealt with currents/tides, and I had docked a boat maybe 5 times.

Where did you get this wild idea?

What do your parents think about all of this?

Our fathers are vicariously living through us. They look forward to hearing all about our mishaps, and classic mistakes. They LOVE it. And our Mothers? My mother didn’t acually believe that I was leaving until about two weeks before departure and she realized this wasn’t a joke anymore. Suddenly she had 1000 questions. It was great, but now, I don’t surprise her with anything that comes out of my mouth.  Katie’s mom was stoked that it meant Katie would be moving back to Michigan while we fixed up Louise for a summer. She was right on board as our “safety sponsor”.

Are you a couple?

No. We have been best friends since we were little girls. They do say “One year living on a boat together, is equal to seven years of marriage”  So I pretty much know what it’s like to be in a sexless/non-intimate marriage with Katie Smith.

What happens when you argue?

Nothing really. There are things we disagree on. We prove each other wrong all the time. What we have learned, is that when one of us has a gut feeling about something, go with that person’s gut. They are always the right one. Besides that, there’s been no tif that we have not laughed about the next day, if not the following hour. Bottom line is, we share an extremely small space. There is not enough room in that space to argue. Were women. We talk about EVERYTHING.

Where did you find your boat?

Did you name “Louise” or was that her original name?

Yes. We named her “Louise”. Louise is a family name, and a lovely one isn’t it? I will not speak of her original name. I will tell you it meant “Lady’s Gold” in French… we didn’t think it would be the smartest idea for two ladies to be traveling around advertising our gold, ya know? And yes we held a proper re-naming ceremony.

How are you funding your adventure?

We’re broke!  We stop when we need to, work our buns off as waitresses for several months, and then travel as far as we can with what we save. When our bank accounts show less money than our credit card bills, it’s time to park.

How long did it take you to prepare to hit the road?

A couple months of joking… turned to texting and phone calls…turned to losing sleep over this idea… turned to researching… turned to boat shopping…eventually leading to boat purchasing. At that point I moved home from Colorado, Katie moved home from California…and we spent a summer preparing Louise for departure. It was almost one year from jokes to reality.

What happens when there is bad weather?

Well, our travels depend 100% on the weather. We move accordingly, and make sure we are always in a safe anchorage, or in a marina when necessary. Every once in a while, you get stuck in something bad, and there is nothing you can do about it besides hunker down and pea in the cockpit.

What about the sex offender who lives next door to you? Just kidding. But not really. I would probably try to make intruding pirates my friends. Katie would most likely offer a Budweiser, while making sure they see she has a very, very, very scary dog. And then Reggie would stare them down. That would be the end of it. On a serious note… you can’t let something like pirates keep you from embarking on a sailing adventure. If you would, consider yourself a pessimist.

Yeah. Sometimes. Both us of start nervously eating when there is a lot of lightning.

What kind of amenities do you have?

We have… an alcohol stove that tries to light our GPS on fire. An Ice box, that we use as storage. A propane grill. Hand pump sink with an 18 gallon water tank. A questionable toilet. A bed thats V-shaped. Two dim cabin lights. One awesome battery operated lantern. 12 volt electric system while on the move, 110 volt system while plugged into shore power. A fan from the trucker aisle in Walmart. Limited internet, and a spare set of clean sheets.

How do you watch TV?

We don’t, silly. But we do watch the same movies over and over again. At one point the only movie we had aboard was “Charlie Wilson’s War”. That wasn’t very fun.

Do you have a microwave?

You mean a science oven? No, no.

Do you fish for your food?

We did. Once. We caught a black-fin tuna while trolling across the Gulf Stream. Besides that, we’re not very good at it. Well Katie is actually a good fisher-woman. I’m not.

What do you eat?

What does Reggie eat?

Where do you sleep on the boat?

In the V-berth. With tape down the middle.

Where does Reggie go to the bathroom?

While traveling, Katie rows him to shore and lets him run around every single chance she gets. We also revolve our daily travels around making sure we can get Reg to land. He will not go to the bathroom on the boat. We have tried, literally everything.

Are you going to write a book?

I’d consider it if there were enough people on this planet to convince me.

What do you miss the most about living on land?

Katie – “Looking at other people besides Jessie.”

Jessie – “Listening to other people talk besides Katie”

What is your favorite part about living aboard?

Katie –  “I can bring my house anywhere I want”

Jessie – “The like-minded, wild people we meet. A life less cluttered. Focusing on nothing but how to get from point A to point B.”

GOT MORE QUESTIONS?!?! EMAIL US. 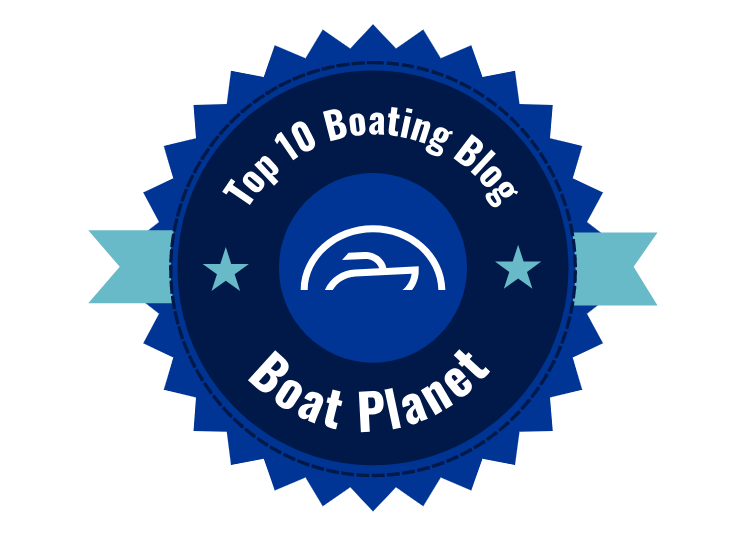