I grew up going to Michigan’s Adventure, an amusement park in Muskegon, MI.  My memories of the park are vague, I don’t recall having any feelings towards my experience there.  No excitement, no fear, just ridiculously long lines for ridiculously short rides. EXCEPT, for one ride…. it was called the “Log Ride”.  I’ve never forgotten the “Log Ride” for it was the only one at the park worth the wait. Buckled into a piece of plastic shaped like a log, a water slide/roller-coaster combination had you cranking up steep tracks so slowly that you completely forget you are sitting in a plastic log. Once you reach the peak, and are pissed off because it took so long, you launch forward down an enormous water slide screaming as your stomach tries to jump out of your mouth. I remember leaving the park thinking how cool it was to have rocketed down a mountain in a log. Whoever designed that ride, really had it figure out… or had me figured out at least. Since then, I’ve been convinced there is no ride in existence that could top the “log ride”. Until, I found myself on the Trent-Severn waterway at lock number 44. Also known as the “Big Chute”.

The “Big Chute” is the only one of it’s kind in the world. The guide books have pages upon pages describing how it works and preparing you on how to enter the chamber. We have traveled through over 100 locks, but I admit to being slightly nervous about this one. I was hoping to watch several boats lock through first. Turns out, we were amongst a few of the first to arrive that morning. Louise was called over the loudspeaker to enter the chamber front and center. Slow enough to avoid damage, but fast enough to overpower the current, I stopped Louise as directed in the middle of large straps that wrapped around her belly for support. Resting on solely on the keel, and supported by straps, the carriage begins to move up the tracks, and out of the water. Four, 200 hp electric motors provide traction on a cable, delivering you from one body of water to another. The men operating the lock were as fascinated by our enthusiasm as we were by their jobs after asking if they were hiring. I suddenly remembered exactly what it was like to be on the “log ride”. Smiling ear to ear, Katie and I felt like little kids. We wanted to ride on the “big chute” over, and over, and over again and seriously considered asking the employees if we could just stay parked where we were. It was kind of… well.. amazing. 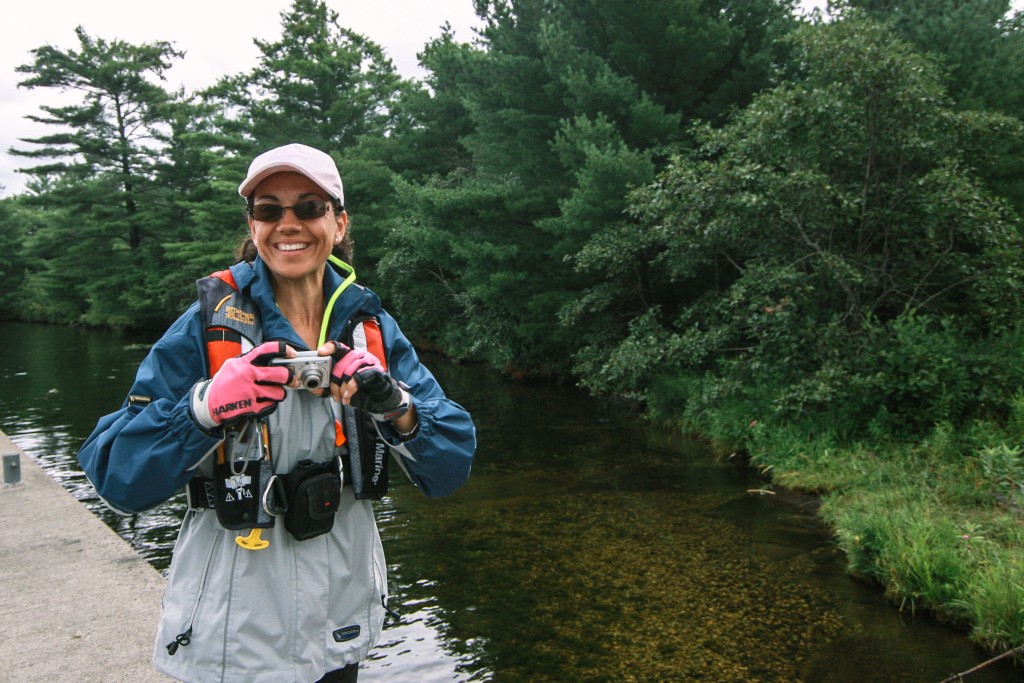 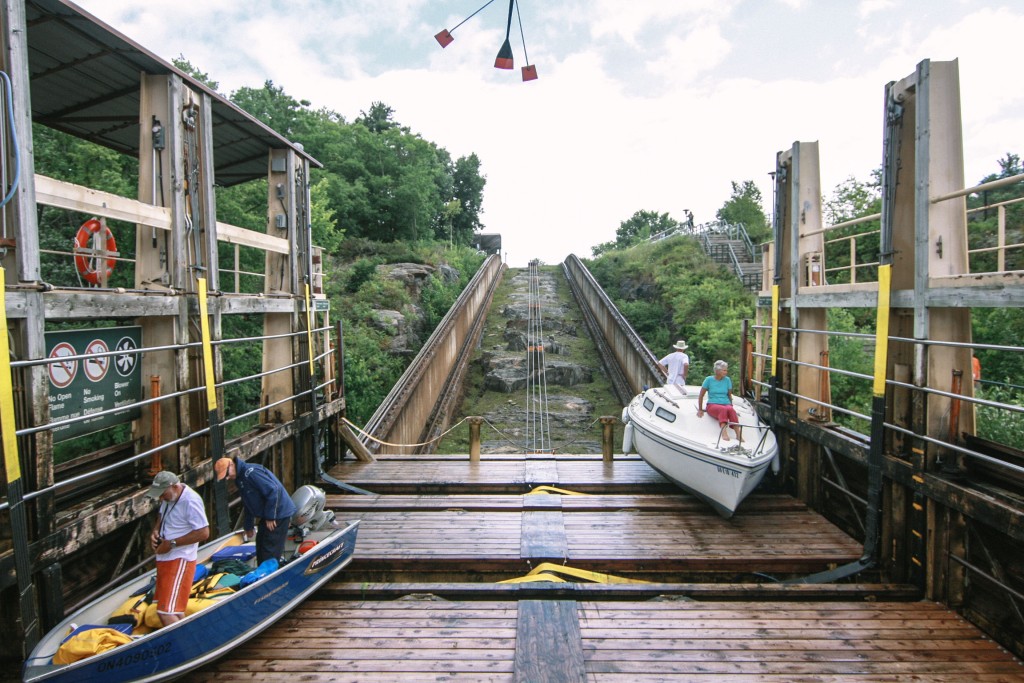 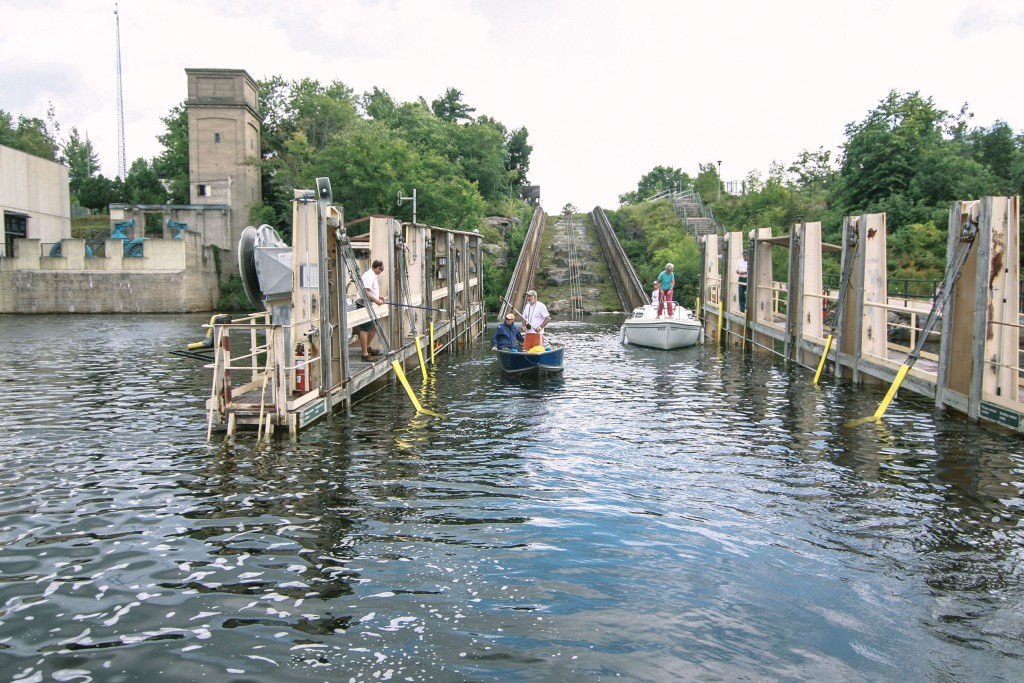 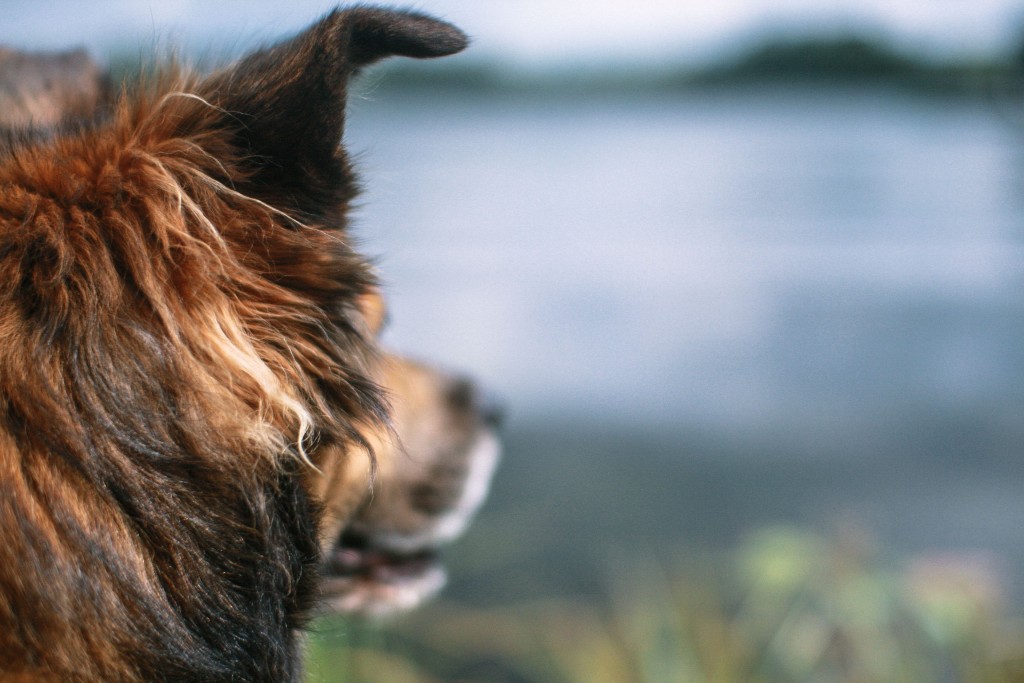 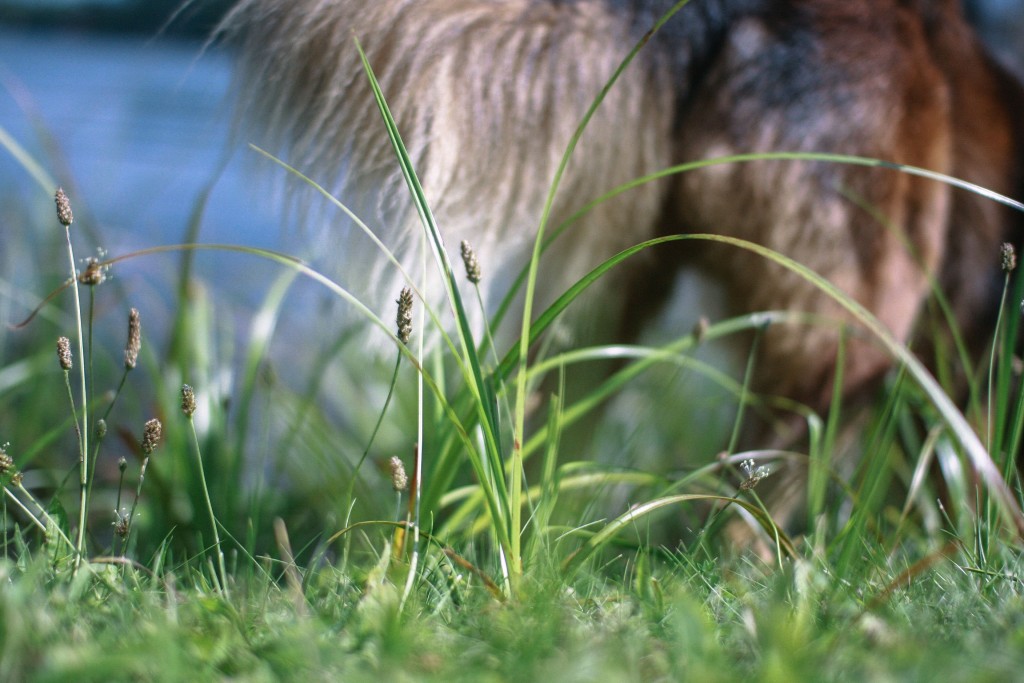 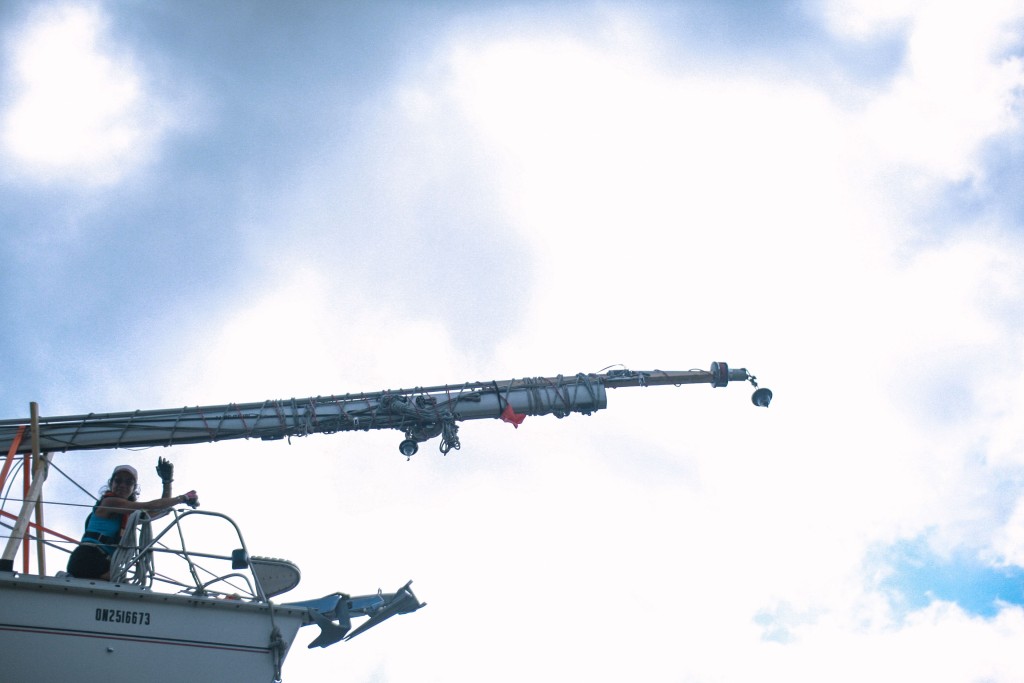 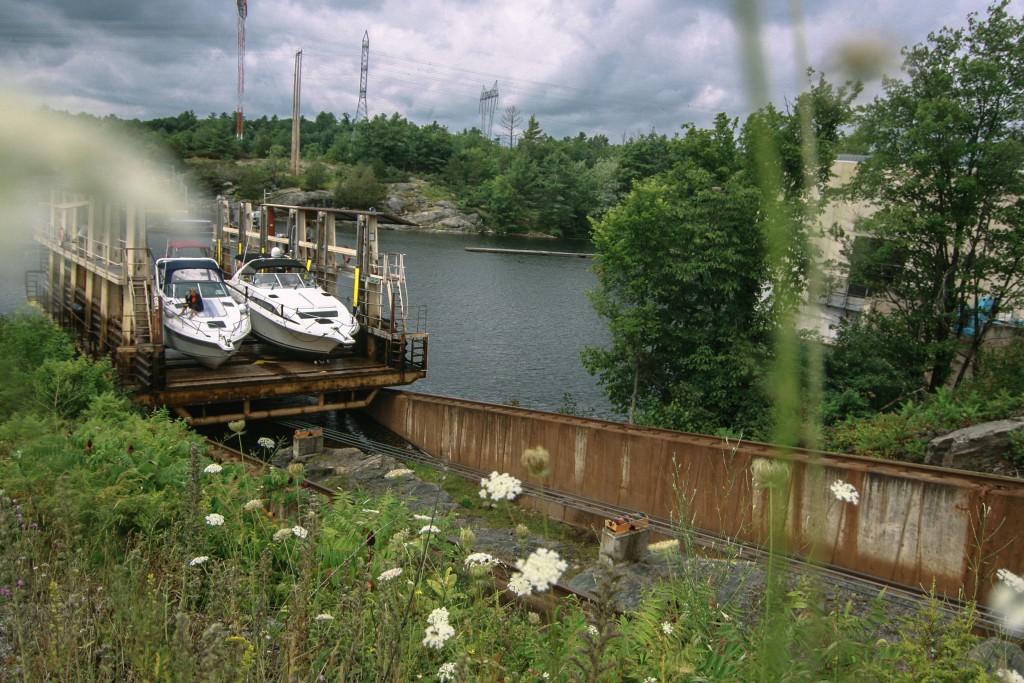 3 thoughts on “The BIG CHUTE”